From Simulations to a Decarbonized Power Grid: Antora Energy and Galileo 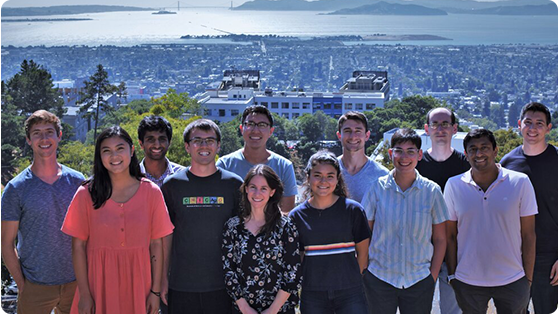 Science and technology startups commonly face a chicken-and-egg problem that is not often discussed. Because brand new technology can be capital- and equipment-intensive to develop, it can be difficult or impossible to create and test a real-world proof of concept without first raising large sums of money. But how can start-up founders raise the capital they need without first demonstrating that their ideas are real and their inventions are workable?

Antora Energy, an alternative energy company working on low-cost grid-scale energy storage, found that computer modeling with the help of Galileo could mitigate this challenge.

In September, Antora reached the critical milestone of demonstrating the highest conversion efficiency of any thermophotovoltaic device in history. Co-founder and CTO David Bierman explains that the achievement also served as a proof of concept, allowing Antora to demonstrate that their ideas are real. This is critical for the success of the startup as a whole, and we at Hypernet Labs are ecstatic to see that Galileo played a role in Antora’s continuing progress.

The Role of Modeling and Simulations

Modeling and simulations provided a way of building a physical understanding of the data Antora researchers had been collecting. But before they discovered Galileo, they encountered additional hurdles:

As Tarun explains in the video, these difficulties led them to Galileo, powered by Hypernet, for a solution. He says, “If I had had Galileo from the start, I could just drag and drop, and my calculation would be done.”

Galileo streamlines computing infrastructure, allowing engineers and researchers to bypass the onerous cloud setup process and get straight to the computer modeling work at hand. It also greatly simplifies the onboarding process for new recruits at the growing startup, which massively improves productivity, Narayan states.

Teresa Dayrit, a computational engineer at the company, had no experience with cloud computing resources prior to her work designing the dielectric filters that work on top of Antora’s photovoltaic cells. Her job was to create an optimizer in Python, which involved running hundreds of variations. Bypassing the steep cloud-setup learning curve, she was immediately able to run her Python scripts using Galileo while she used her own laptop for other work.

Antora used the Galileo modeling and simulation hub to streamline their computing pipeline and increase productivity. This eliminated months of cyberinfrastructure setup and allowed them to quickly and efficiently use computer modeling to develop the proof of concept they needed to generate capital and scale. Ultimately, this brings us ever closer to a decarbonized energy grid.[/vc_column_text][/vc_column][/vc_row]