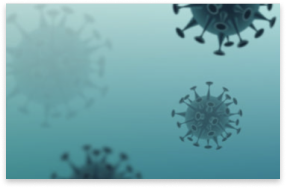 While we continue to make predictions about the spread of the virus, argue about the merits of different types of social response, work to improve resource allocation, and ultimately wait for the distribution of a safe and effective vaccine, many chemists and physicists are also working to develop antiviral drug treatments. Until a vaccine is found, treatment is necessary, but there are hurdles here, as well. Drug discovery is a very laborious and long experimental process, and the approval of new drugs takes place on an extended timeline due to unknown toxicity and side effects.

This is why physicist Marcos Verissimo Alves (Fluminense Federal University, Brazil) and computational chemist Rinaldo Montalvao (KU Leuven, Belgium) are pursuing a quicker solution: drug repurposing. They are using Galileo to run accelerated molecular dynamics simulations on powerful cloud machines, including GPUs, to investigate the effects of approved antiviral drugs, with known toxicities and side effects. GPU machines, accessed using Galileo, have been able to speed up Alves’ and Montalvao’s Gromacs software simulations by a factor of about 50-100x.

GPU machines, accessed using Galileo, have been able to speed up Alves’ and Montalvao’s Gromacs software simulations by a factor of about 50-100x.

Alves and Montalvao are currently focusing on finding potential inhibitors that could act on the SARS-NCoV19 main protease, which plays a crucial role in the replication of the virus. Their preliminary work involves seeking out potential binding sites, or pockets within the protein structure where drug molecules might lock-in and interact. To do this, they must run molecular dynamics simulations spanning a sufficiently long time duration to account for the fact that proteins move, which means that their structures do not remain completely static.

Drugs considered in the study. Lopinavir and Ritonavir are components of KALETRA, a known HIV antiretroviral. The others are also HIV antivirals.

Animation representing one half of the symmetrical SARS-CoV main protease interacting with Saquinavir.

While X-ray crystallography shows us a static picture of the protein structure with atomic level resolution, molecular dynamics allows scientists to understand how the protein might move when it’s inside a human body.  When the protein moves, it changes shape, and the pockets, which are the targets for drug molecule docking, also change shape. Scientists need to observe these shapes–or “conformations”–in order to determine docking stability and to understand the necessary drug dosage and the possibility of future drug resistance. Dr. Alves and Dr. Montalvao needed Galileo and powerful computing resources in order to get this dynamic picture.

Molecular dynamics (MD) replaces even more complex and computationally expensive quantum chemical calculations for understanding interactions between atoms. While MD can be performed on standard CPUs, GPUs provide a critical boost, speeding up Gromacs simulations up to 100x.  Galileo & GPUs provide the power to run longer simulations (on the order of microseconds instead of nanoseconds) and capture a larger range of possible protein conformations.

Galileo & GPUs provide the power to run longer simulations (on the order of microseconds instead of nanoseconds) and capture a larger range of possible protein conformations.  It is important to capture as many conformations as possible to get accurate results.

In addition to shifts in pocket shape due to movement, there are changes that occur as a result of virus and protein mutation. To understand this, Alves and Montalvao simulated possible mutations to the RNA sequence to observe how these mutations might affect the shape and behavior of the protein and possible binding sites. They then ran further molecular dynamics simulations and compared them to the baseline simulation (without mutations). The comparison is helping them to understand how these mutations affect the topology, or folding, of the protein structure as well as the behavior of the protein.

As you can tell, meaningful results require a lot of simulations. To date, Dr. Alves has racked up a total runtime of 2,240 hours using Galileo.

Once the simulations generated a sufficiently large amount of data on different protein conformations, Alves and Montalvao carried out mathematical analysis on an array of snapshots from the simulations, called an “ensemble of conformations.” A mathematical quantity called the root-mean-square deviation (RMSD) gave them a measure of the flexibility of the protein. This, combined with other experimental data, helped them to determine the possible binding sites and eventually the stability of the bonds with the antiviral drug molecules in the study.

Once the possible binding sites were identified, Alves and Montalvao could perform docking simulations to understand whether their drug molecules of interest would bind with the protein.

The RMSD for the protein backbone grows steadily but seems to stabilize for t > 160 ns. If it retains this value further on, the average value would be higher than for the 1st pocket. This could imply blockage of biological function. More simulations are needed.