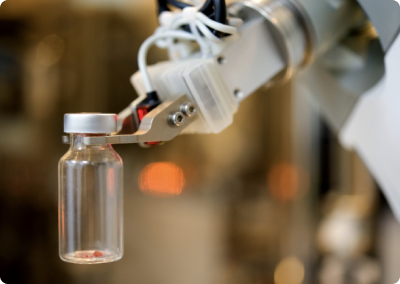 While studying antivirals to fight COVID-19, scientists at the Rega Institute for Medical Research have also begun work with Hypernet Labs to solve problems of consistency and reproducibility that plague pharmaceutical science and synthetic biology as a whole. They aim to create a common platform for staged pipeline analysis that would streamline the research process for drug development as well as a broad range of other fields, such as agriculture and oil and gas.

Dr. Rinaldo Montalvao is a post-doctoral researcher in rational protein design at the Pinheiro Lab for synthetic biology at KU Leuven in Belgium. The field of rational drug design, of which protein design is a part, involves the development of pharmaceuticals using knowledge of the structure and function of the drug target, at a molecular level.  Researchers rely, from the beginning of the process, on an understanding of the exact mechanism through which a drug molecule will act on a target, as opposed to simply observing that a drug “works” without knowing how or why.

Together with Dr. Marcos Verissimo Alves, Dr. Montalvao is using the methods of rational drug design to examine the antiviral Remdesivir, among others, as an anti-COVID drug. Remdesivir has already been approved for use in the pandemic, but its activity and effectiveness are low by comparison with expected results for drugs in its class.  The tests carried out by Dr. Verissimo Alves and Dr. Montalvao should shed light on the reasons why by providing a better understanding of its working mechanism.

Rational drug design replaces so-called brute force methods in drug screening, which involved the random testing of thousands of molecules. There was a turn towards rational methods starting in the 1980s due to the fortuitous coincidence of significant advancements in both software capabilities and protein chemistry. In recent years, the advent of cryoelectron microscopy has made it possible to discover the 3D structure of proteins more quickly than ever, advancing the field even further.

However, the process of rational drug design is lacking in “rationality” in a number of ways.  Objective, rational science, in an ideal sense, should be shareable, transferable, and reproducible. This is difficult to achieve when there are little to no standards governing the collection and structuring of data.  The lack of standardization also has an effect on the pace of progress in that researchers are forced to re-invent the wheel when it comes to the construction of their experimental pipelines.

The process of drug design begins with a high-resolution crystal structure of a protein and ideally ends with the generation of a synthesizable molecule with desirable pharmacological properties. But there are many steps along the way, involving data collection and analysis in combination with work in the wet lab. There is virtually no standard process. This makes data sharing and peer validation extremely difficult, not to mention the fact that a PhD student might spend 3 years setting up complicated experimental infrastructure (the fate of one of Dr. Montalvao’s students at Cambridge!).

The Pinheiro Lab and Hypernet Labs are working to change this by creating an ecosystem for programmable biology consisting of modular building blocks to be assembled in the construction of combined simulation/experimentation processes of analysis. The ecosystem would constitute a common foundation on which to carry out these experiments, and it would be hosted and distributed via the Galileo platform.

Increased automation and reductions in manual human effort will allow subject matter experts to focus on their scientific work instead of their infrastructure. The goal is to create a low- to no-code system so that biologists will no longer need to become computer scientists. Automation will also minimize error-prone human intervention.

Others are working to automate different aspects of programmable biology by introducing collaborative robots, or cobots, to the lab environment. The new ecosystem on Galileo would complement these efforts in that the data generated with cobots could easily feed into the pipeline on Galileo. This component of a research project could then easily fit together with other building blocks to form a rational assembly/production line.

Collaborative global science–the necessity of which has been underlined in recent months–will also benefit from these efforts. The hard work of containerizing code need only happen once.  The container can then be shared with others, reliably and reproducibly.

While the ecosystem will first be constructed for pharmaceutical applications, the work has implications across synthetic biology.